From 2020, part of the CT² website will be in English. The reason for that is that there is an increasing number of expats working in the Netherlands at international companies, and often the language of instruction in these organisations is English. In those cases, the Dutch Works Councils Act can be quite a challenge. 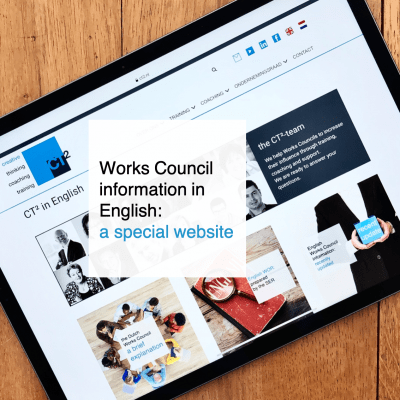 Over the past few years, there has been an increasing demand for training and off-site team days in English. In the Netherlands, any organisation with more than 50 employees is required to have a Works Council. But what if the majority of employees are not Dutch?

the Netherlands is increasingly international

The world is becoming smaller, and the Netherlands is becoming more and more international. We have a lot of so-called knowledge industry in the big cities, and that attracts foreign employees. For the jobs and positions that are required, there are simply not enough Dutch graduates. And so, people from all parts of the world come to work in the Netherlands. In a city like Eindhoven, with an extensive knowledge industry around Brainport, between 5 and 10% of the inhabitants are expats (Dutch).

The Dutch Bureau of Statistics (CBS) has developed six criteria (Dutch) that determine when a foreign employee is considered an expat:

We also notice the increase in expats in the requests that we receive from Works Councils. In recent years, we have been working more and more for organisations where the language of instruction is English. There are usually three main reasons for this:

The guidance of such diverse Works Councils means that it is about much more than just learning about the Works Council Act and working together in a team (Dutch).

Off-site team days for an English-language Works Council often will be discussing Dutch culture, standards and values. Without this background information as a starting point, the legal basis of the Works Council is difficult to understand. In the Netherlands, we like to talk thinks out, reaching consensus: we talk until we have found a solution that everyone can support. For example, in Dutch municipal organisations (Dutch).

But if your non-Dutch director is not used to all this talking that we do in the Netherlands, if they did not grow up with it, they can make decisions that may seem very compassionate according to their own culture. At the same time, the Dutch employees may feel they are working for a dictator.

Dutch legislation can be translated without a problem, but is often very different in another language. The Dutch language is unambiguous and brief; we do not have all that many words and nuances. The English language is softer, more nuanced; concepts can often be explained in different ways.

The English translation of the WOR is very nuanced, whereas the Dutch version is quite direct. It often requires a lot of explanation to understand the purpose or effect of a law.

Take the word ‘instemmingsrecht’, which can be translated as ‘right of consent’ or, as in the official Works Council Act translation by the SER as ‘right of endorsement’. But it is, in fact, a form of consent. And someone who speaks English will not translate this as ‘approval’, in the context of the relationship between management and employee.

cultural differences in the Works Council

For example, in a Works Council with many nationalities, I recently heard an American Works Council member say that he refused to participate in a request for consent because he thought ‘that would be far too communist’. It is just how you look at it.

Nevertheless, more and more expats understand that a Works Council has a great deal of influence. Not just on their terms of employment, but also on safe and sound work practices. That is why they run to join the Works Council and get elected. But what happens next?

We are willing and able to help those Works Councils. With my background in the United States, my command of the English language allows me to explain the Dutch legislation and concepts of employee participation to expats.

Our guidance includes English texts and explanations, enabling the English Works Council and the English-speaking Director to read and understand the available information. That is why part of the CT² website is now also available in English. 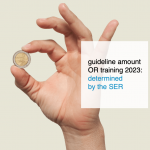