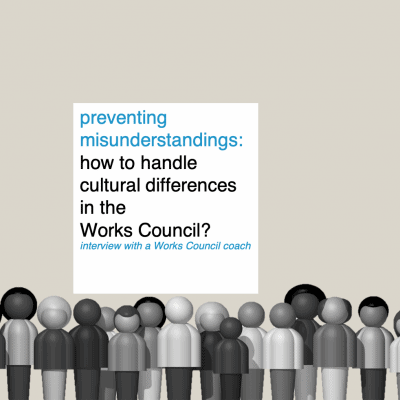 Note: in this article, cultural characteristics and differences have sometimes been exaggerated to clarify the meaning of the story.

In this interview, Sander provides a number of examples of how he as a coach deals with cultural differences in the Works Council.

in which situations do you, as a Works Council coach, encounter cultural differences?

The second situation – cultural differences within the Works Council – is becoming more and more common. “And there are several variants,” says Sander. “Many multinationals employ a mix of nationalities. This is also the case within Dutch organisations; you will also encounter different cultural backgrounds there. When you put people from different parts of the country in one Works Council, you’ll notice their different backgrounds and characteristics.”

The same applies to organisations where two or more parts of the company perform completely different types of work. In those cases, the different habits and customs of, for example, the ‘office’ and the ‘factory’ determine the cultural differences.

The Works Council is a reflection of the organisation, with all its variations and similarities, representing everyone.

what do you notice about these cultural differences?

Sander: “If there are many cultures in a company, they are also represented in the Works Council.”

what problems do cultural differences cause for the Works Council?

Cultural differences can lead to differences of opinion and lack of mutual understanding. This damages the mutual trust and hinders cooperation efforts. Sander names three examples he has encountered in his work as a Works Council coach:

1. An organisation with a foreign parent company/Director and a Dutch Works Council

Sander noticed that the different ways in which these three groups looked at things made cooperation very difficult.

2. A works councils that consists of different nationalities

A Works Council has French, German and Dutch-speaking members. The language of instruction is English. Outside the meetings, the German and Dutch-speaking members interact a lot, because their languages and cultures are somewhat similar. In this situation, the French speakers stayed together because their English was not as good as that of the others.

“At some point during a meeting, the French speakers got very angry with the others,” says Sander. “They thought that the German and Dutch speakers were making decisions outside the meetings.”

Sander: “When the French saw others talking to each other, enjoying themselves outside the meeting, they were under the impression that things were being decided without their participation. They thought that the meeting was just a formality. They were angry about that.”

This example shows you our cultural values can lead to misunderstandings.

3. A Dutch organisation with a Dutch Works Council

As mentioned earlier, cultural differences do not necessarily have to be differences between nationalities. For instance, Sander has worked with a Dutch Works Council with Dutch people with a Dutch background and Dutch people with a Turkish background. The Dutch-Dutch group was very straightforward, while the Turkish-Dutch members in this group were a bit more restrained when it came to substantive issues.

Sander noted that this did not completely restore the relationship between the two groups and that the cooperation was a bit strained.

how does the Works Council coach enable them to discuss this issue?

Sander says that it is his job to draw the group’s attention to these cultural differences. It is always about awareness. In the three examples above, he handled the situations as follows:

Sander spent a part of the day with the Dutch Works Council to discuss cultural differences based on various scientific studies. What are the typical cultural aspects, and to what extent do you recognise yourself and the others in this description?

Sander: “This narrows the focus, from a broad scope to a narrower one. First, I gave a presentation on cultural differences between 10 or 15 countries. I compared many different cultures, to identify the differences and similarities based on existing studies.”

By starting so broadly and generalist, Sander makes sure that everyone recognises certain things. That is what this is all about in the first phase. Next, he zooms in on the specific cultures that play a role in this particular situation: English, Dutch and Portuguese. What are the differences, characteristics and similarities?

“Next,” says Sander, “we looked at what the Works Council noticed in the cooperation and communication with the English Director and Portuguese HR manager. What are the problem areas in their communication? What are the difficulties between the different interlocutors? But also: what can the Works Council do with this information? What should you prevent? What should you pay particular attention to?”

By looking at this carefully and trying to see things from the point of view of the other parties, you create more awareness for yourself. The group finally created a manual on how to deal with the foreign interlocutors. During an off-site team day, the English Director and Portuguese HR manager visited the Works Council. This allowed the group to test whether the manual works.

2. A Works Council with French, German and Dutch speakers

In the Works Council where there was a conflict between the French-speaking members on the one hand and the German and Dutch speakers on the other, Sander let the group explain the problem.

Sander: “I asked them several coaching questions. I know that there are certain answers that lead to explanations for the other groups. I let people tell their whole story, while others listen and don’t interrupt until the problem is clear. Then the other group can respond to the story.”

Sometimes there will be a lack of understanding, Sander indicates. In this example: The German and Dutch speakers could not understand why the French were so angry. They said, very sincerely: “We don’t just decide things outside the meetings, we don’t think that’s respectful to the others.”

“And that was a good explanation for the French speakers,” says Sander. “By continuously asking these coaching questions, the group can discover where the conflict originates.”

3. A Works Council with Dutch-Dutch and Turkish-Dutch members

Sander has made it possible to discuss this problem with the entire group. The only thing that was different here from the previous example is that there was no conflict situation.

“In this case, I was the one who identified that the cooperation was not working as well as it should,” says Sander. “I made sure they addressed that issue, using the same method as in the example above, with the French, German and Dutch speakers.”

what does a Works Council do next with this awareness?

“It all starts with awareness,” according to Sander. “Only when you are aware of a problem can you address it. That is also how it works with cultural differences. Once you know what the other person’s sensitivities are, you can take those into account in your communication.” 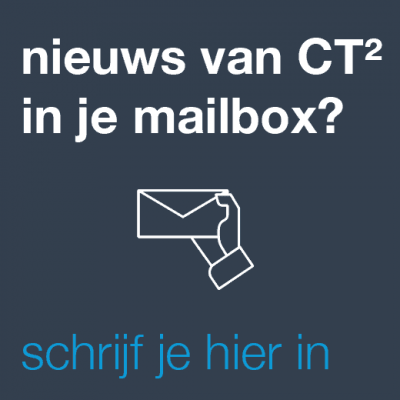